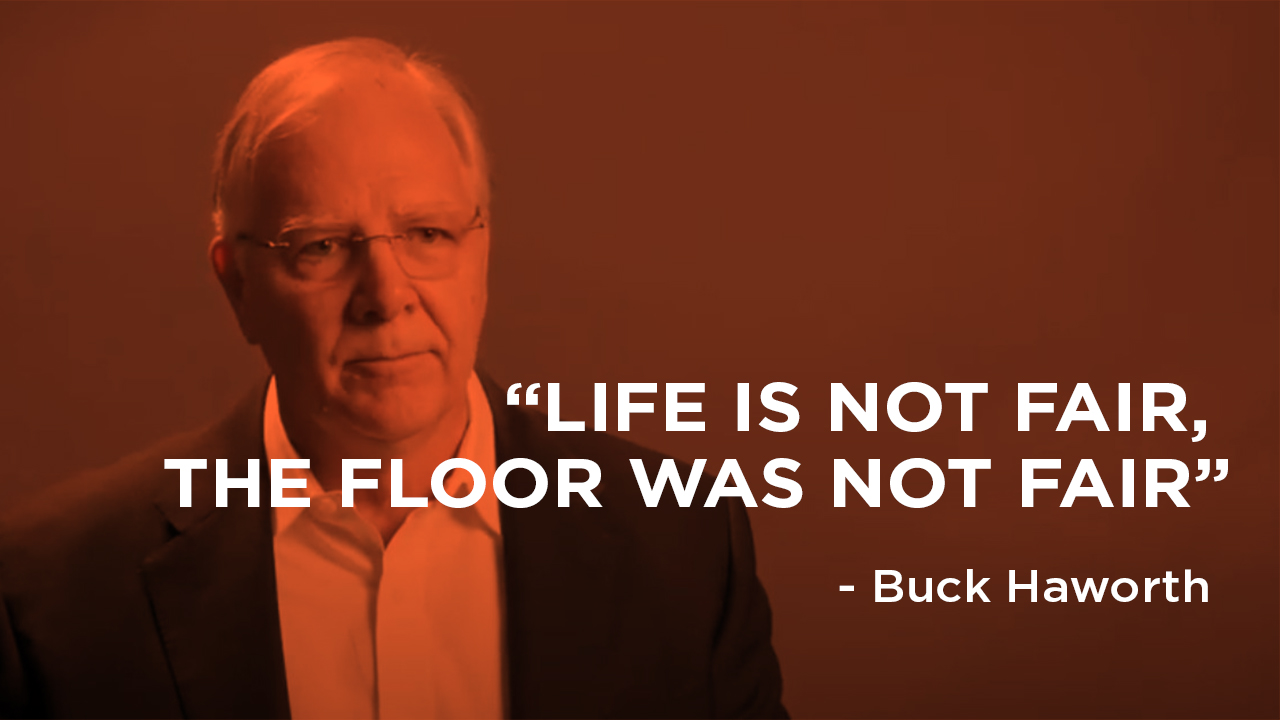 Buck Haworth, CEO of BornTec had an inspiring and unusual journey just like his entry in the exchange was. After completing a Bachelor of Science in Actuarial Science and MBA in Concentration in Accounting.

After completing his Masters, Buck worked as a public accountant for six years but was not getting a career break he was looking for. His father had a construction firm and trading stocks was one of his loved activities. He decided to give it a try. This was a bold decision considering the fact that by the time he decided to shift a career he was married with three children,

He met a few people at Chicago Board Options Exchange in an attempt to get a job opportunity, but that attempt did not bring anything attractive to him. After 6 months CBOE people contacted him asking if he is ready to work as an accountant to one person they know, Ralph Peter.

Buck worked with Ralph for a couple of years. He worked hard all night but then parted his way on mutual grounds.

Soon, he joined CME as their audit unit head and took the responsibility of training the audit staff to monitor the transactions of all the client firms. His real trading education started here. During the time the class B arbitrage was a hot buy and his job was to talk with banks and sell arbitrage to them. During the same, he met Gail Miller who, along with his team had made $7 million a year before Buck met him and they were looking for expansion and needed somebody to take on currency arbitrage.

Buck accepted it despite his lack of knowledge of the trading floor. He smartly hired a person who could help him understand the floor.

The credit of Chicago corporation’s CME floor operations and establishment goes to Buck. He also mentored CC throughout the process, however, soon he had to walk away from this due to some disagreements in the association.

By the time Buck had enough equity to get another backing from the market. However, this is the time he realized the importance of having ‘friends’ in the market. He started his trading journey without planning it and now was the time to learn from the mistake. He helped one of his clerks to earn from trading, loaned his own money to other people to hold the ground stronger.

On asking about the ambiance on the trading floor Buck says that a trading floor is like a replica of the world. You see all kinds of people from sane to insane, ethical to unethical, mannered, and ill-mannered; everybody. There are no closed doors, and the floor is open to all. The business gets unfolded right in front of you, people can’t hide anything, it is up to you how you perceive it.

However, not everything is merry and joyful. Talking about his worst days, Buck remembers the crash of 1987. He had an active big position in the market and the Fed reduced the interest rates amidst the crisis. He had to lose a reasonably large amount. However, his connections in the market helped him save his membership.

Buck shares his experience and observations while touching multiple factors like:

He has witnessed Electronic Trading getting pace. He says that in the initial stage, the trading floor was reluctant to believe that electronic trading would take over and is in fact the future. He remembers how Euro Dollar took a meeting a week before going electronic, ensuring that it would never do so!

During the interview with John Lothian News, he recalls the loss of electronic trading caused to the futures industry in Chicago and added to the volatility.

Talking about trading he says people are happier when the market is bearish as the fall happens quicker than the growth and the probability of earning profits is more. He funnily says that some people on the trading floor have Attention Deficit Disorder, they think investing money and waiting for it to grow on its own will help them earn more. But it does not work this way!

He says ‘life is not fair, the floor was not fair’! You need to be motivated enough to go ahead, there is nobody on the floor that would want to pull you ahead.

He has observed and experiences a few falls in his career as a trader. Continuing the discussion, he talks about the brokers’ groups. He says there are many brokers who have good political connections. These groups of individuals killed the gold as they did not allow other brokers to fill the order and they themselves did not have enough capacity. He also remembers the Board of Trades destroying the clearing corporation as a crucial happening considering the contribution clearing corporation made to the Board.

How CME chose an outsider and what came next?

When CME went public, they chose an outsider as the CEO. Both Jack Callahan and Leo Melamed supported the appointment of Jim MacNulty as the new CEO. What Jim was trying to do with CME did not suit many of the CME members and BODs. A few of them left CMS and Buck was among them too. However, Buck does not forget to admire the work done by Leo, Jack, and others in making CME what it is.

How BornTec Came into Existence?

A couple of decades back, Buck tried to get back to the floor after a gap of many years but could not get the desired success. Meanwhile, his son was looking for something exciting and helpful to do and that is how Buck and his youngest formed a software co-hosting company to help the community as the market is going electronic. The software provides 24 hours of high connectivity, quality system, and more. He is looking forward to doing better and better.

END_OF_DOCUMENT_TOKEN_TO_BE_REPLACED

Alder Capital, a leading investment management company based in Dublin Ireland has selected the Crosscheck platform by BornTec for its EMIR reporting needs.

Crosscheck is a modular SAAS deployed platform for real-time post-trade data aggregation, analytics, and regulatory reporting.  Crosscheck fully automates the EMIR reporting process by integrating with the customer’s execution platform for post-trade data. Crosscheck then maps the data to the requisite format and publishes reports to the trade repository. All of this is done in an automated fashion and requires no additional work by the customer.

Garrett Hickey from Alder Capital states: “As a firm, we take regulatory compliance quite seriously.  After careful consideration of different platforms, we chose Crosscheck by BornTec to fulfil our reporting obligations”

Derek Haworth, BornTec’s CEO notes: “We are pleased to welcome Alder Capital as a new customer on the Crosscheck platform.  Alder is a well-respected and longstanding investment management firm with a history of utilising best of breed technology solutions”

Alder Capital was established in 2000 with the primary aim of delivering a truly alternative investment approach to a broad range of clients. Mark Caslin, the founder and CIO of Alder Capital, led the development of the initial research and trading infrastructure. Under Mark’s guidance, the investment management approach continues to develop and adapt to the changing market environment and inherent opportunities that persist in deep liquid financial markets.